Information about the Agency

The National Milk Agency was established under the Milk (Regulation of Supply) Act, 1994 to regulate the supply of milk for liquid consumption throughout the State.

The governing body of the Agency consists of an independent chairman appointed by the Minister for Agriculture, Food and the Marine and 13 ordinary members of which 5 producer members are directly elected by registered producers. The 4 processor members, 2 consumer members, 1 distributor member and 1 retailer member are all nominated by trade organisations and appointed by the Minister.

The Agency is funded by a levy of 0.115c/l on liquid milk purchases at farm and processor level and has a staff of 5.

The role of the Agency is ensuring the economic sustainability of the production of an all year round domestic supply of fresh milk for consumers on the home market.

Milk produced within the State cannot be sold or supplied for liquid consumption unless it has been purchased under a contract between a registered producer and a registered processor.

The Agency’s current staffing complement is 5 full-time staff as follows: 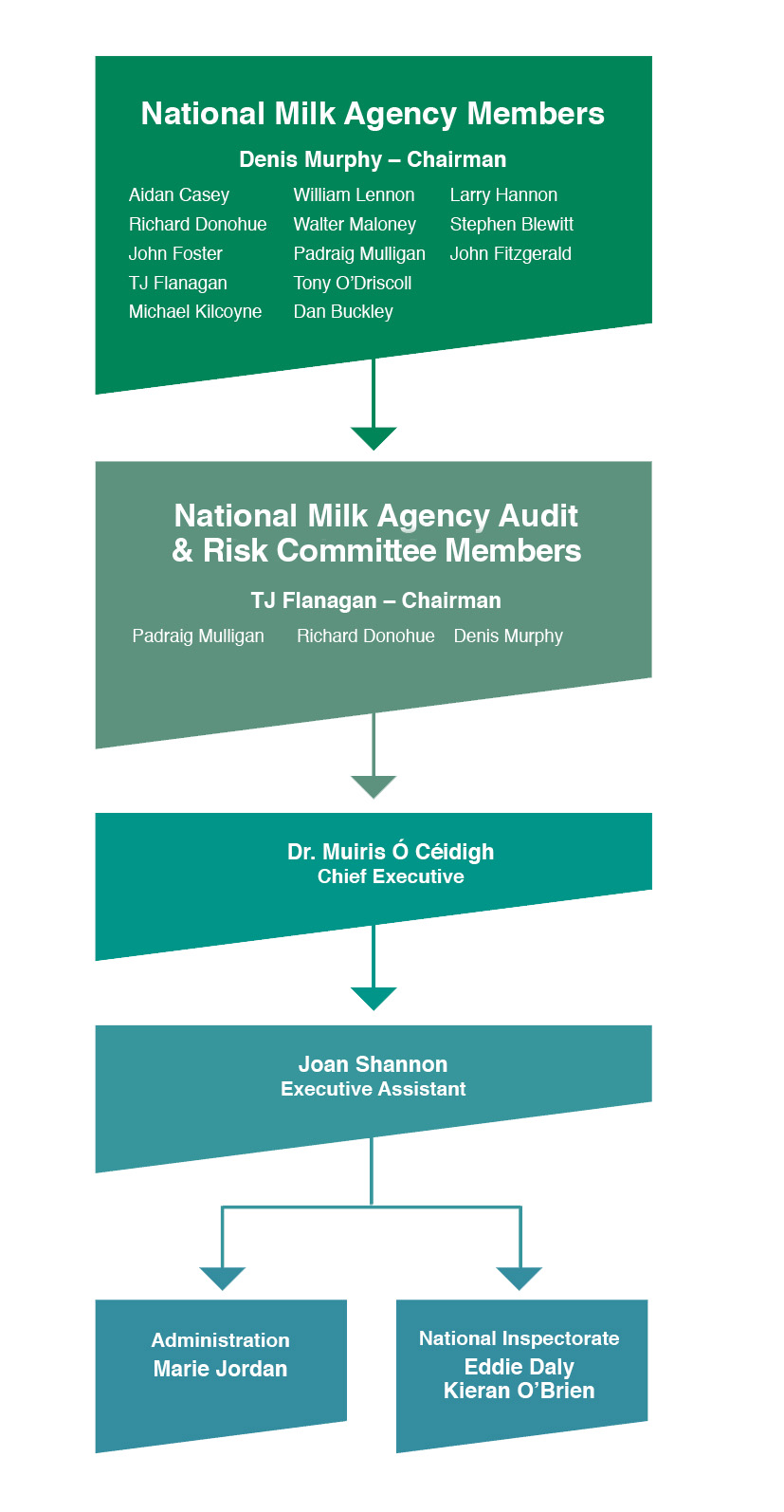